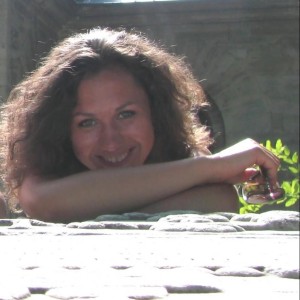 SEO Forecast for 2014: The Future of Search

Google wants more websites to have longer and more complex articles on them. They want websites to stop it with their lists of facts nestled on a page, or the pages that hold just a bit of information. They want full answers to questions that go into detail. Such web pages are not very search engine friendly at the moment, but the Google Hummingbird is supposed to change all of that.

Google will finally put a stop to spun content

They are sure taking their time when it comes to fixing this little problem with their algorithm. For some reason people are still getting away with posting spun content onto the Internet and ranking highly because of it. Surely this year Google are going to clamp down on it so we do not have to see any more poorly written spun content.

Google will finally clamp down on over advertising

The web pages that are just packed full of adverts are annoying. They are almost as annoying as websites with auto start video and audio adverts, or are nearly as annoying as those websites that don’t let you see the content unless you agree to click “like” on Facebook. It would be nice if Google kicked those doozies out of bed, but surely Google are going to make over advertising a sin this year. They have already claimed that over advertising is not user friendly, so will they go that extra push and make it a punishable offense?

Hopefully Hummingbird will get rid of slide-sharing

Slide show answers are just another way of advertising to us. They make us sit there and click through slide after stupid slide, with each showing us a new advert too. They are annoying and are too much for most people to bear looking at more than one or two slides. Let’s hope that Google kicks their ass this year. All on one page or get off the stage.

Infographics may take their own place as page elements

Reactive/Responsive websites will become the standard

Videos will continue to be more search engine friendly

Mobile Internet will continue to impress upon desktop search engines

Websites are changing because of mobile Internet, with the biggest changes being seen with Facebook and social media in general. This will surely continue to affect the search engines, although how the search engines will react to this is not yet clear.

They become more and more popular as every Google update comes out. They make more money for Google and it would be unsurprising if Google just came out and said that your website will rank higher if it has Google Adsense adverts on it.

The shameless promotion of Google’s own social media is going to become more apparent. Google is making a bomb from adverts on YouTube and there is no reason why they would not cultivate this further to the point where those social media networks become more influential on the search engine results pages.

Spam has had its day

Surely, this year Google are going to get rid of spam in all its forms to the point where we just don’t see it anymore.