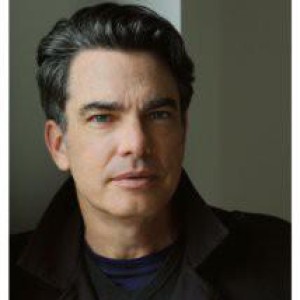 Excited to cheer for your favorite FIFA team? Are you ready to kick off the 2014 FIFA World Cup, Brazil? The FIFA world cup 2014 is finally here and many of the soccer fanatics like me, are gearing up to watch the match. Being the largest single-event sporting competition in the world, and the fact that it comes after every four years, contribute to create excitement and enthusiasm among its fans. The FIFA’s official website has invited soccer fans around the world to get connected with every move of the competition in every way. Such enthusiasm and zeal for competition have paved the way for developers to create a global technical stadium, which allow soccer fans to keep track of what is going on at the big event by using world cup android apps.

Up for The Cup:

It’s world cup and being a fan we can’t take our eyes off from the latest updates of the match. The FIFA apps for Androids, iPhone and iOS is providing one of easiest ways to follow “the beautiful game”. It also lets users win prizes through interactive games offered by android development companies. The FIFA App is designed to provide users all the information related to the game. Not only this, the app also informs users regarding the time, match destinations, and team profile.

Whether a lover of football or not, there is no way to escape from the fun of this game. The Forza Football App has been yet another app, designed to bring you minute details of the match of your favorite teams on your android devices. It also provides forums for fan polls and opinions. The app is also provided with the function that allow users to select their favorite teams and get the instant notifications for upcoming matches, goals, cards, pre-match formulation etc. Plus, users also have the freedom to participate in online polls.

ESPN as an official broadcaster of the World Cup has integrated itself with its ESPN FC Football World Cup app. Its amazing features such as video highlights help users to check out goals and key playing areas. The app also is also equipped with features such as match schedules, scores, and functions to report every activity of each of the national teams along with commentary and match analysis. In addition to this, the app also lets you connect with your favorite football clubs and leagues, you are rooting for, hence allowing you to display your passion for the FIFA.

Fans can follow the match live by using Onefootball Brasil App. The app brings you the latest updates of the World Cup. Its Live-Ticker option helps you to get match commentary, national team news, match schedules and results, as well as customizable notifications. For added value, the app is provided with the facility to update the fans with the latest press conferences and interviews with the players and also provide coverages for pre and post matches.

The eyes of the world are in Brazil now, and soccer fans around the globe are ready to witness one the greatest sporting events of the time. Rossetta Stone’s Futebol Edition app comes complete with a localized language curriculum that help visitors of different nations to get familiarized with the local language terminologies. The app includes small, basic lessons on the Portuguese language. It also includes a rich blend of travel and culture resources for visitors, which helps them to navigate through local transportations, restaurants, hotels, top destination places, and hospitals.

Along with all these popular apps, social media apps have also entered the FIFA World Cup Craze. Facebook and Twitter, around every hour, updates the fans when the news arrives. Facebook gives timely information to its users by providing pictures and latest news related to the tournament.

So, the madness begins! Let the world know for whom you’ll be cheering for! Get the app that best suits your passion for FIFA and wave the flags of your favorite team up in the sky.