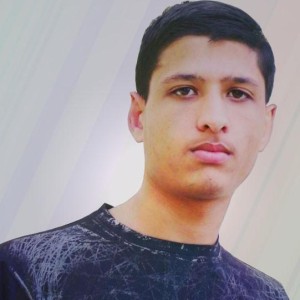 How Did Google Totally Change SEO?

We used to live in simpler times when the rules of optimizing a site were crystal clear and you didn’t have to wonder about what you should do in order to make it work – everything was easily quantifiable and predictable. But of course, this caused many low quality sites to get to the top spots in the Google search results and when Google realized people were using some weaknesses in their system for the benefit of their business, the programmers at the software colossus decided to end the party like the elderly neighbors calling the police on you because of the loud music. Thousands of sites were affected by this and many webmasters who were previously doing a good job found themselves in one of those situations where “you don’t know where things went wrong.” Now the world of SEO is totally different. But what happened?

In a beg one era when the Internet was much simpler, optimizing a site used to be pretty easy. All you had to do was provide a certain quantity of content to the table, with your keywords of choice (in most cases related to your business), then sacrifice a goat and you were pretty much done (some people were skipping the “goat sacrificing part” which leads me to believe it wasn’t a crucial component of the process). Webmasters would upload tons of content every day, and in most cases it would basically be the same content over and over again. Even then Google was a buzz-kill, though, so copy/pasting wasn’t an option because it leads to huge penalties. In order to find a way around it, webmasters and content writers started using what is commonly referred to as “spinning articles” – the process of showing a middle finger to your readers by providing the same information over and over again, but with different words. However, since search algorithms couldn’t really evaluate the quality of the texts that was irrelevant. It was a dire situation where the readers, the people you were supposedly writing for, were pissed off at the trend because nobody wants to read cloned articles with minor alterations, but the bots were absolutely eating it all up. That’s how you could provide low-quality content and still be a top result. How did Google change that?

You need to understand something – Google has never been against optimization. As long as you provide quality content, Google won’t bother you. However, many quality sites were crushed under an avalanche of spinning articles and this is when Google decided it was time for a change. Even though they weren’t technically copy/pasting, these sites weren’t bringing anything new to the table, either, so naturally this couldn’t be allowed to continue. So what Google did something no one saw coming – they updated their algorithms and introduced new ones. Google shook the foundations of the SEO world and in doing so, the way we do SEO. The old techniques and schemes quickly became obsolete; spinning articles was doing more harm than good; stuffing keywords was no longer viable; links were completely revolutionized. It was a SEOpocalypse! The algorithms became smarter and more sophisticated. Human testers were used to point out certain criteria that had to be followed in order for a site to be considered “high quality”. The focus was totally shifted from quantity to quality.
Today it’s not so easy to optimize your site. You have to follow Google’s guidelines and requirements, you have to provide original and well-written content and you have to worry about what people think about it, too, because you no longer write for the bots alone. It’s truly a new era in the world of SEO and if you don’t adapt, if you don’t evolve, you will disappear like so many others before you.